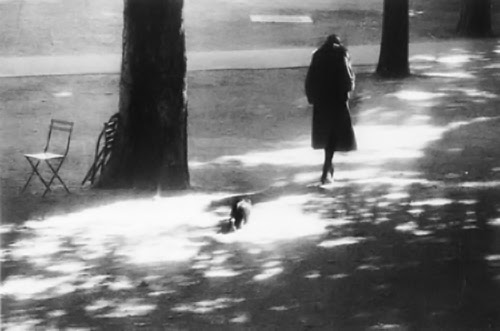 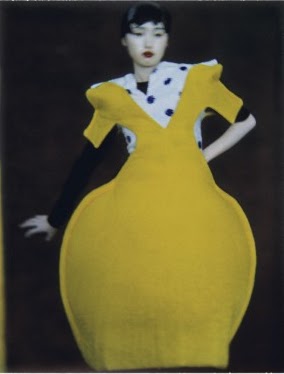 Greetings Folks!  Today is February the 29th - leap year! Technically. according to popular legend, today is the only day in the year on which a woman is allowed to propose to a man... I think, in my case, if I wish to do this, I might leave it another two, three or four leap years. :) When I was a small child at the beginning of primary school, I used to hate February for the odd day number. Aged four, ot was bad enough learning the days in all twelve of the months going, "Thirty days hath September, April, June and November. All the rest have thirty-one save... February..." and then I would go wrong.
Oh, did you know, on this day in History, in 1940, Hattie McDaniel became the first African-America to win an Academy Award for her role as Mammy in 'Gone with the Wind' 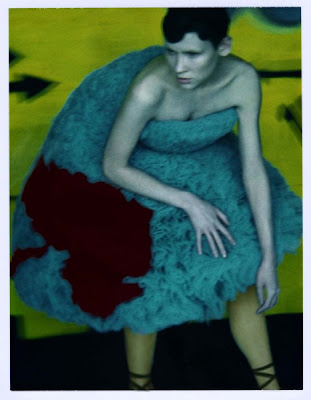 Anyway, today I am going to do a brief 'thing' (so to speak) on the photographer, Sarah Moon.

She was born, Marielle Hadengue (since she is of French Origin) in England in 1940.  She studied drawing in an Art School and, by 1960, was a recognised model. In 1966, she switched to being behind the camera. 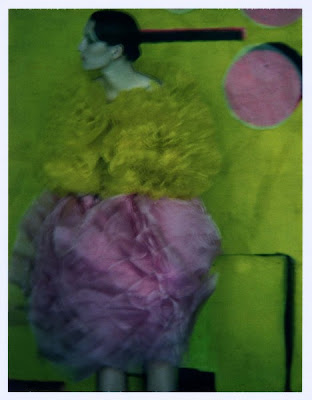 Her work was noticed at the Modinsolite Exhibition of Avant-Garde Fashion Photography, Delpire Gallery, in Paris in 1968.  Sarah Moon became known for her impressionistic style -  Her work is noted for a sort of softness, a vagueness that's suggestive of the impressionist painters. Though, apparently this came quite naturally since she, like myself in fact, is short-sighted (myopia) I will not say that this is the only reason for vagueness, but it could easily be contributing. After all, when describing the world with my glasses off, the easiest way I have found to do so is saying that everything simply looks like a Monet, though maybe not that bad.

She photographed for Vogue, Elle, Harper's Bazaar (Great Britain), Marie-Claire and other magazines. 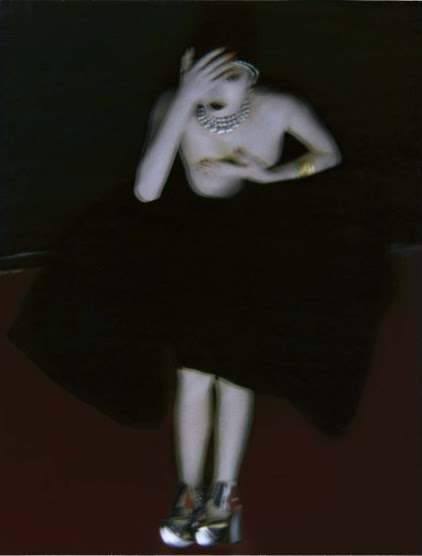 In 1968, Sarah Moon introduced soft-focus visions or illusions as personifications of new fashions with a turn-of-the-century silhouette (on a side note, a silhouette which I am personally fond of)

Her work generates a sense of mystery.  For example, this photo:
<<< 'Pour Madame Figaro'

There is a certain essence of fancy, luxury and, maybe more to the point, melancholia or simple nostalgia manifested in her pictures.  Another point to her photography was her use of distressed prints to give her photos a feeling of age.
The same fancy and almost melancholia, is also clear in Moon's interpretations of Fairytales. For example, in 1985, she gave a personal interpretation to Little Red Riding Hood by directing adult models in sequences.  Another example is her most recent exhibition which looks at the story of The Little Match Girl. 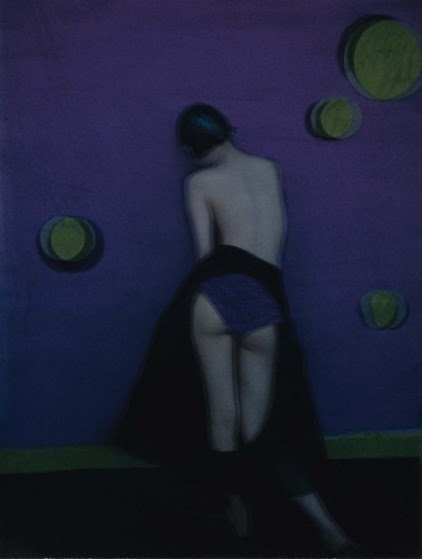 Since 1980, Moon has made hundreds of photos and adverts for  a diverse range of brands.  She has also done regular fashion campaigns for Cacharel.
In 1990, she was an honored guest at the Fashion Festival of Budapest (which I need to find out about. I have never actually heard of it, and I like knowing things)
In 1992, Sarah Moon had a solo exhibition at the Staley-Wise Gallery, in New York.
Oh, and taking a step back down my slightly warped tineline, she also received the International Center of Photography Award for Fashion Photography in New York in 1983. 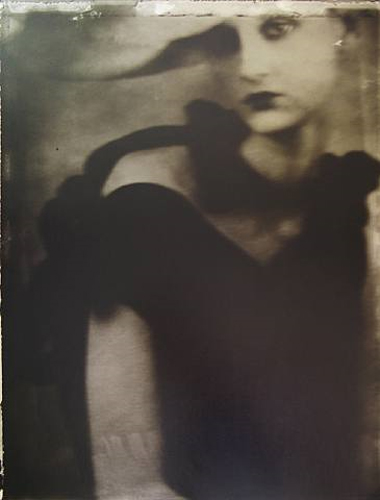 <<< I love this photo. It is a lot more modern than it looks and I really like the use of distressed print to create this charming effect. It looks like a photo taken in the 1920s. Though, on the other hand, it does have a feeling of timelessness to it. I adore the hat, and think the expression on the model's half-concealed face is beautiful in capturing the feeling of the picture. The pearl earring also draws a perfect amount of light into the picture as well. 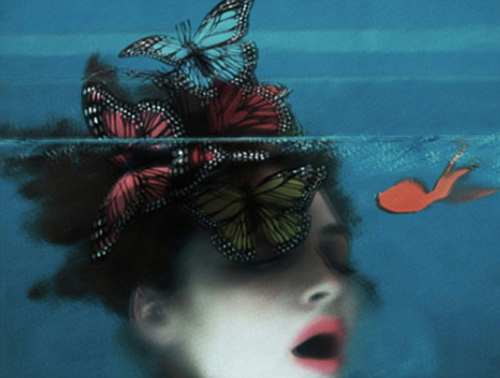 "I believe that if I didn't work in commercial photography, I would never work in colour. I don't really like colour. To make it work for me, I have to mess with it." Sarah Moon 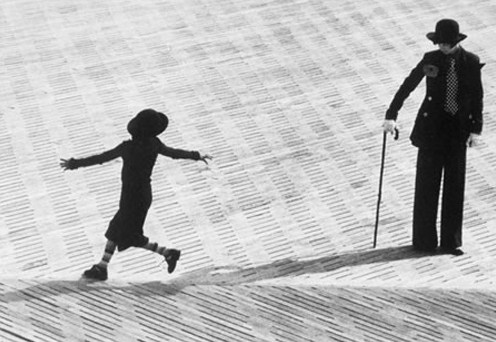 "What I aim at is an image with a minimum of information and markers, that has no reference to a given time or place, but that nevertheless speaks to me, that evokes something which happened just before or may happen just after." 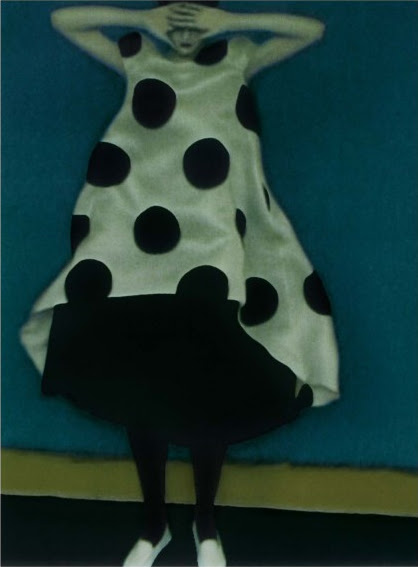 On a last note, in honour of Davy Jones who died this morning of a heart attack, aged sixty-six, I am going to include a song by 'The Monkees' in this post (Though I honestly only know two Monkees songs) I hope you enjoy.

METROX LOVES YOU the blog. said...

We love 20's vintage fashion! And your post is very inspiring indeed! Love it and we're following you for sure! Hope you could drop by for our new blogpost sometime. ;) Can't wait for your next post!!

I love Sarah Moon, she's so talented.
These photos are so unique. It's very inspiring.
Love your post as always.

wow, love these pics, esp the one with the butterflies :-D

oh she seems to be a lady with unique personalityy, great post! I love your blog, all contents are amazing <3

I love reading your blog. ;) I always feel cultivated afterwards, like after an interesting documentary. :)