Greetings folks! Having spent a day doing what feels like a lot, all of which is generally useless, I am resolved to come and post something on my blog.
This morning, I was from half past nine until three o'clock at my Drama Club where I managed to drive myself hoarse for a moment or two while trying to be sufficiently angry for one of my pieces, realised my skirt was a little too short for dancing and failed at mimicking a south african accent.

Having returned home in one piece, I proceeded to emptying the fridge and making my way through a collection of Powell and Pressburger films while simultaneously working on the actual script for one of the plays I am writing (Result! After months of writing out my detailed plan, I have finally gotten down to the actual script: stage directions, semi-witty comments and all. Take that Procastination!) 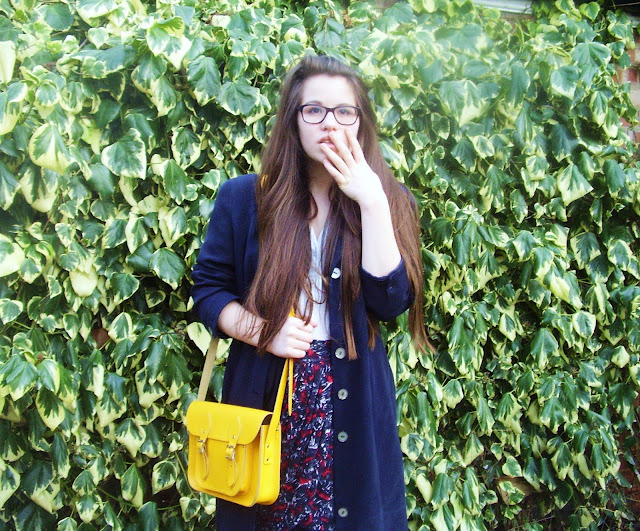 ^^^ The above expression is one I have very much experience of, especially during Mathematics Tests and when being asked what my phone number is. 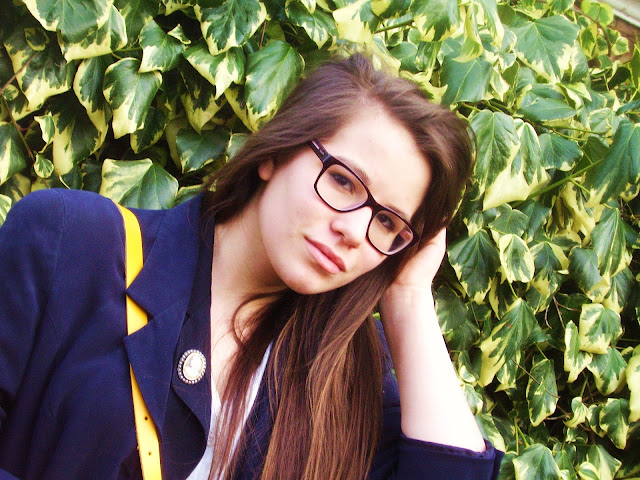 So... Powell and Pressburger? Honestly brilliant, though I have not let myself watch more than two of the films since I do not actually wish to have finished the whole boxset of eleven films by the end of this weekend. So far, I have 'A matter of Life and Death' and 'Black Narcissus' under my belt, and I think both are really beautiful. 'Black Narcissus' involves nuns going mad, and 'A matter of Life and Death' involved heaven, WW2 pilots, switches between b&w and technicolour before ending with a quote from Sir Walter Scott. What more could you want?


"In peace, Love tunes the shepherd's reed;
In war, he mounts the warrior's steed;
In halls, in gay attire is seen;
In hamlets, dances on the green.
Love rules the court, the camp, the grove,
And men below, and saints above;
For Love is heaven, and heaven is Love." 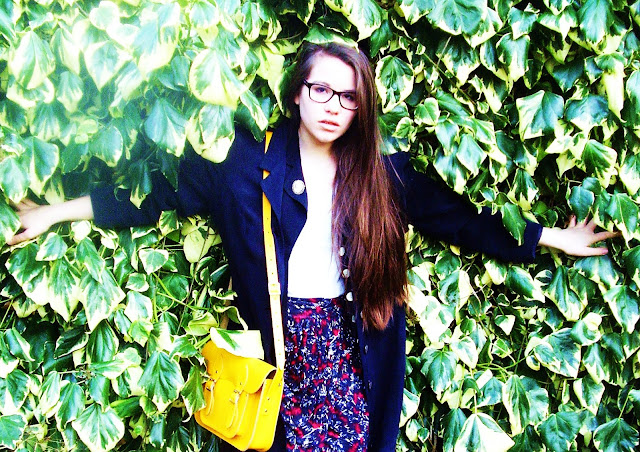 Onto my outfit for the day. Here I have donned a coat thrifted from ebay and originally bought fot £3, my sister's skirt from John Lewis, a white blouse bought in France at Monoprix while I was in Fontainebleau visiting family. I am not sure how this sort of brooch is called, although I am quite sure it has a specific name. The hair and face are my own.

Underneath the coat, I actually have a jacket of practically the same sort of colour, so you do not notice it  very well apart from in the last photo where I had taken off my coat.

The satchel is a new find of mine, bought while I was in Cambridge last week, and from the Cambridge Satchel Company, which do gorgeous satchels like this in every colour - classical black and brown as well as metallic and fluorescent.

They are not very cheap, but made in Britain out of leather and, by the looks of things, hardwearing and quite practical. I believe they come in two sizes, 13" and 11" though to metric people like myself, that basically means the bigger one and the smaller one. 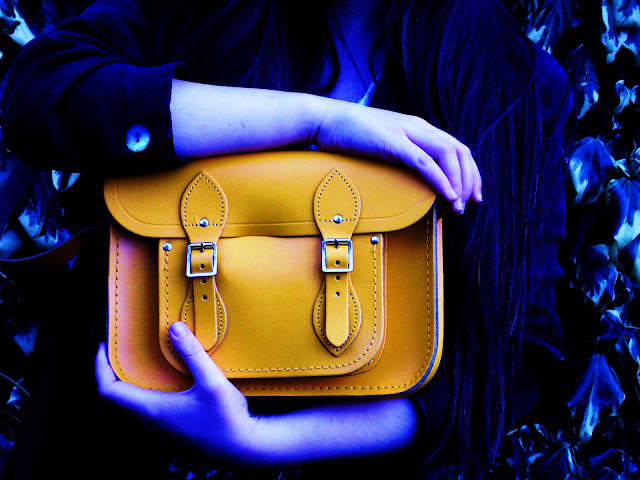 The weather has actually been rather mild this past week, especially in comparison to the beginning of the week, otherwise I would not have worn something so light. There is very little I detest more than being cold. 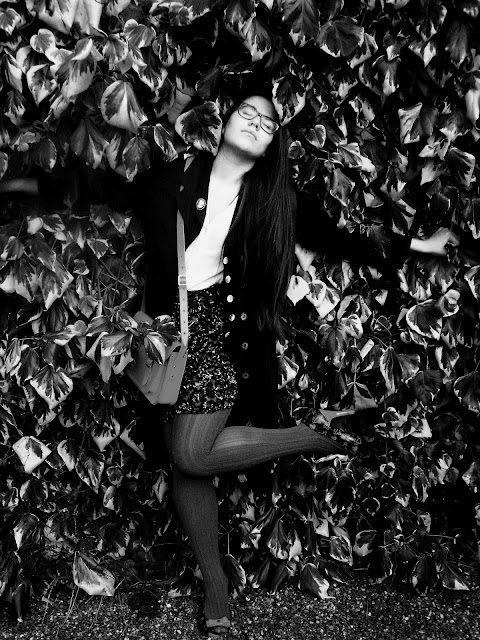 Having now ruled out watching any more powell and pressburger films, I have been spending the last hour playing at being Nostalgic on Youtube, including playing certain artists repeatedly: Juliette Greco, Suzanne Vega, Louis Armstrong and the usual songs from musicals. I shall just post two of these videos. I think they are both particularly poignant, and it was the sort of music I was in the mood to listen to.

﻿Thank you for reading my Saturday Musings, which should probably have been named my 'Saturday Ramblings'
Do leave a comment, and please follow. :) 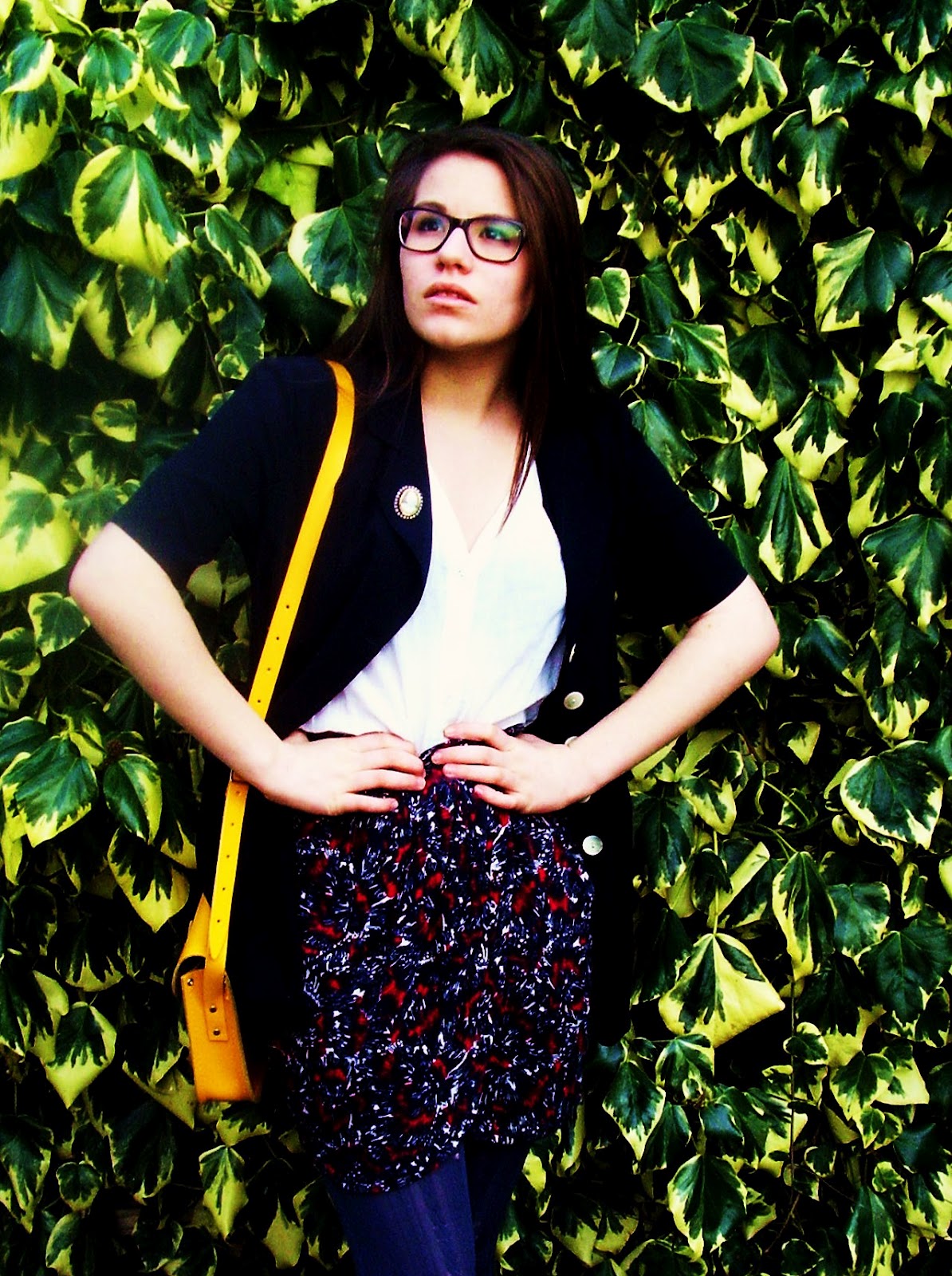 You look so wonderfull! Nice hair :)
Thank you spo much for your nice comment, cutie :)
xoxo

metallic and fluorescent bag?! need to find if they have an onlineshop XD

waauw you look great. I am on love with your hair and bag:)

thanks for commenting on my blog dear
come and visit me soon again! <3

We have the same expressions on our faces when inquired about our phones numbers! :D I really like your style and photos, but even more, I adore your writing. It's cheeky and fresh. It's obvious you're very much into writing! (screenplays? amazing!!! I'd never managed to write one, though I tried several times...)

just loved the color conbination! the satchel is amazing

just loved the color conbination! the satchel is amazing

Love these photos, they are very stylish and pretty.
It's a great outfit, and your bag is nice, i like this color.

Waow. Love the outfit, the skirt and the bag'
Xo

i love your blog!
i hope you visit my site
xoxo
R

Ah, no it's not that see-through :) I took the picture in front of a window to see the beuatiful seams!

love the picture with your bag! genius
s