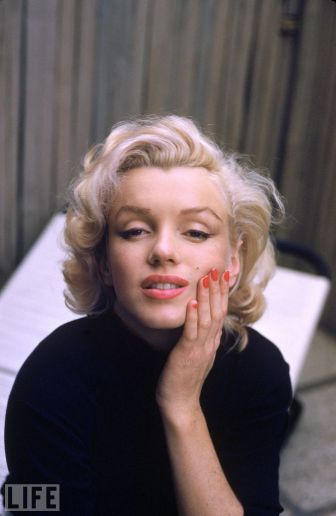 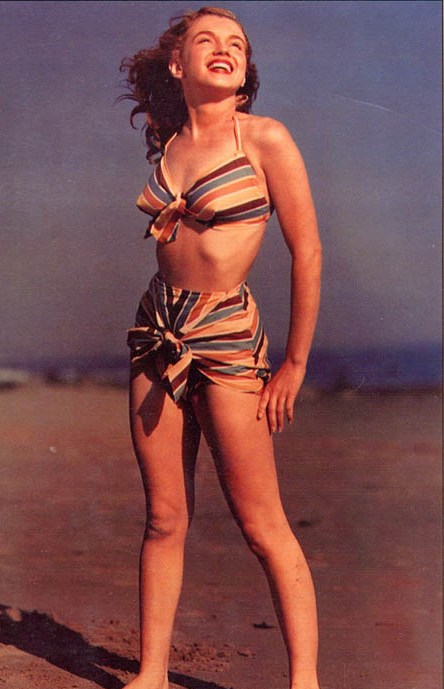 The eternal blonde bombshell, and Marilyn Monroe immediately springs to mind. A woman whose face we often find planted all over cheap tack, who had trouble learning the simplest lines and whose white dress in 'The Seven year itch' sold for £2.8 million in the infamous Debbie Reynolds sale. But why has this image survived over the image of other blonde bombshells of the time? Why Marilyn? Why an icon? I will not say that she did not have talent, she was a great comedy actress. For example, 'Bus Stop' proved she had skill as an actress, and I think she had a lovely singing voice, but I do not think that it is for this that we remember her. I can think of many actresses of the era who had more talent and received awards. Was it because she was beautiful? Maybe, though sexy and alluring would be more accurate description. I certainly do not think she would have reached the same status if she had not died so young. Now, fifty years after her death, she is still remembered and iconised by the young and old alike, while other people of the era are all but forgotten in the general psyche. 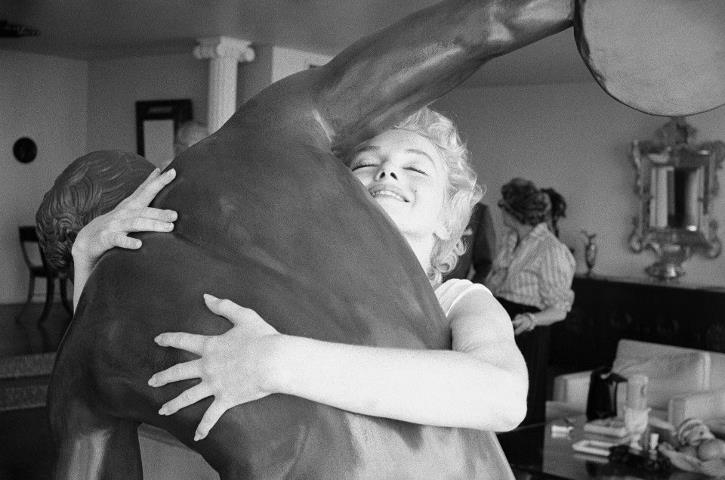 One thing that people often overlook with Monroe is the more intelligent side to her, which was not much fostered by her 'dumb blonde' image. She loved Goya, ahead of her time in terms of promoting civil rights, her hero was Abraham Lincoln, when she met Nikita Khrushchev, they discussed 'The Brothers Karamazov'...  and she was reading 'To kill a mockingbird' at the time of her death. Although we often like to see the young, innocent side, we forget that many described her as manipulative and shrewd, she had problems with co-stars, lines and turning up to set.

I'm not going to do a simple biography, because I'm languid today, that would take too long and you can find it elsewhere, but I will point out a few interesting items. Monroe was passionate about equal rights, indeed she helped Ella Fitzgerald, who was her friend, with her career.

"I owe Marilyn Monroe a real debt ...it was because of her that I played the Mocambo, a very popular nightclub in the '50s. She personally called the owner of the club, and told him she wanted me booked immediately, and if he would do it, she would take a front table every night. She told him -and it was true, due to Marilyn's superstar status - that the press would go wild. The owner said yes, and Marilyn was there, front table, every night. The press went overboard. After that, I never had to play a small jazz club again. She was an unusual woman - a little ahead of her times. And she didn’t know it." Ella Fitzgerald 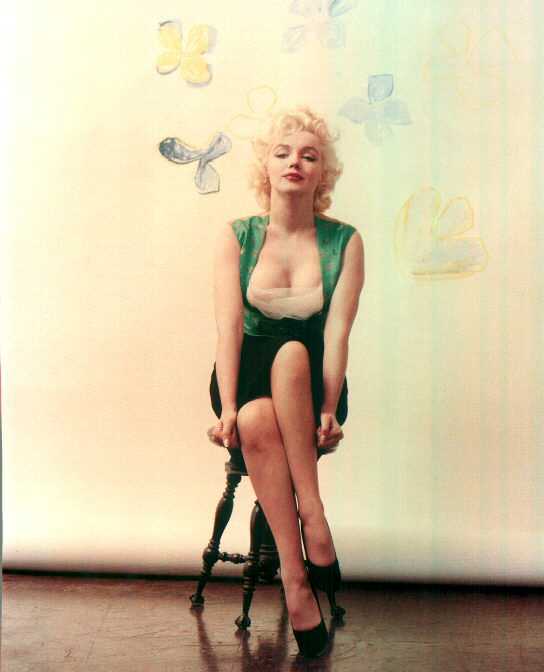 +++  'Every Baby Needs A Da Da Daddy' taken from the B Movie 'Ladies Of The Chorus' (1948). This was only Marilyn's thrid film appearence and her first starring role. At 22 years old she is a far cry from the icon we know as Monroe. Nevertheless, this early performance shows how she was later groomed and trained. Her voice is deeper throughout this film - she was not doing the "breathy" thing yet... and I think this shows her in a slightly different light. +++

+++ The infamous 'Diamonds are a girl's best friend' from Gentlemen prefer Blondes where she starred alongside Jane Russell - a sex symbol at the time of a different nature - as Lorelei Lee opposite Jane Russell's Dorothy Shaw and, if it were not for this delightful number, I would have to state that Jane Russell completely stole the show though I am sure Marilyn was the main attraction for the cinemagoers. +++ 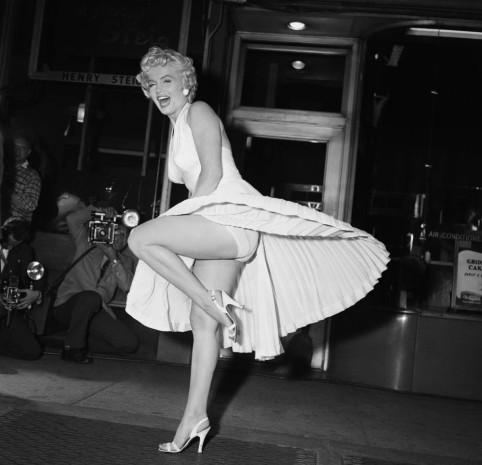 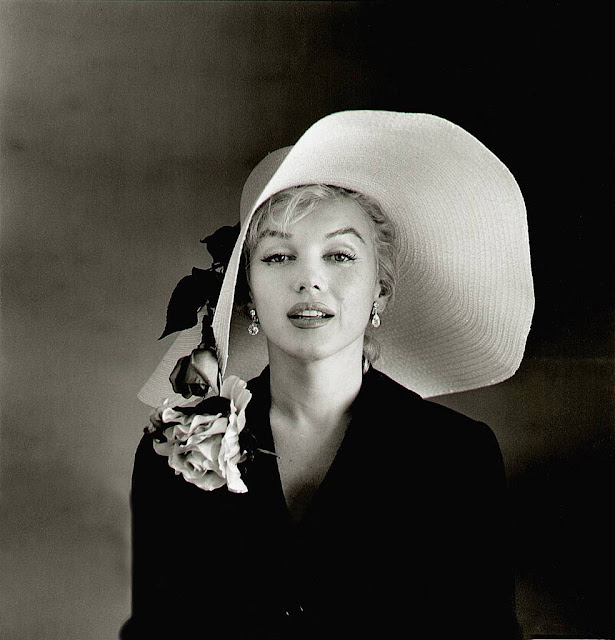 She signed a one-year contract with 20th Century-Fox in 1946 and played minor roles in several minor movies for the studio. 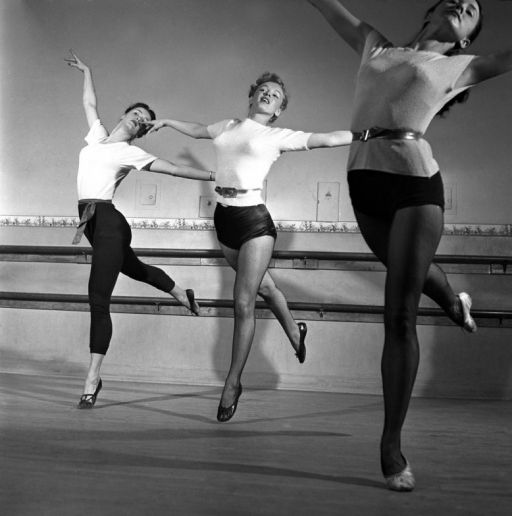 The filming of Something's Got to Give in 1962 was suspended and Monroe fired. The film went unfinished until it was rebooted in 1963 as Move Over, Darling with Doris Day and James Garner.


+++ As much as I love Marilyn, again I think that she was outshone in 'Some like it Hot' by her co-stars, though I could never imagine anybody else doing as well in this part. +++ 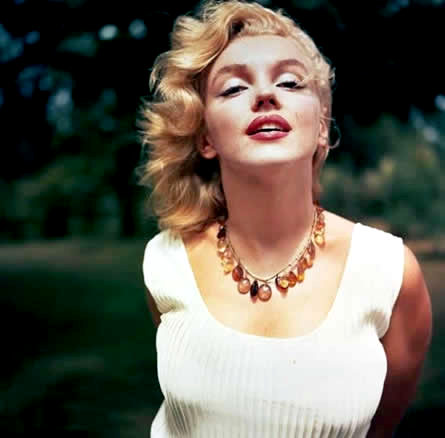 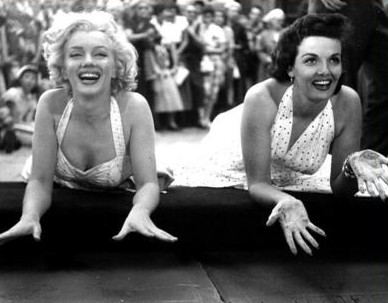 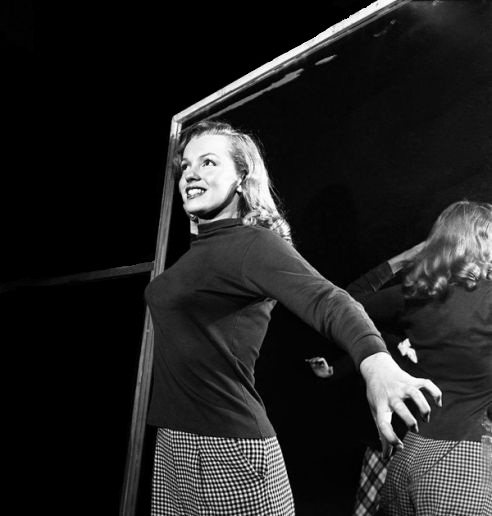 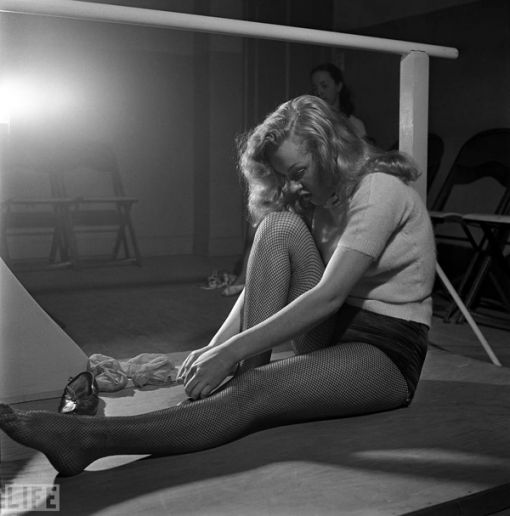 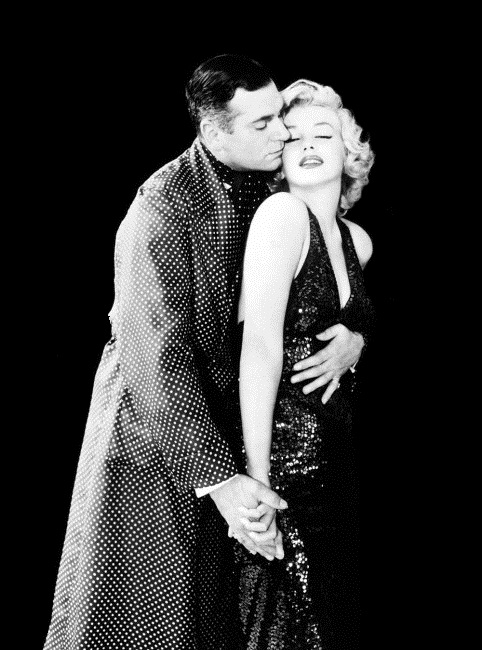 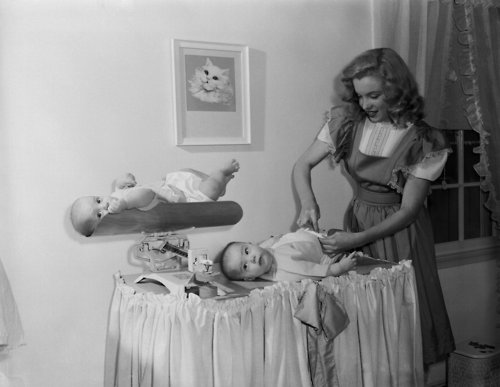 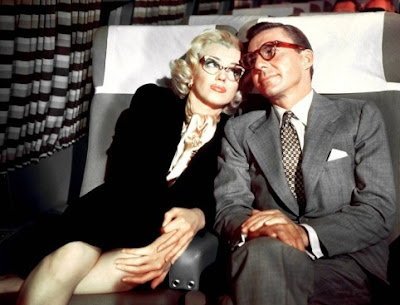 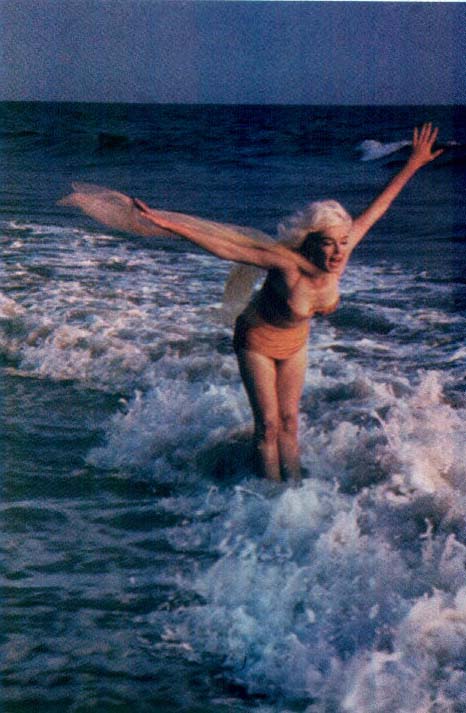 Thanks for Reading, do comment and please follow! Very soon, I am going to do a series of five posts chronicling, in my opinion, the 50 greatest film dresses of all time - I've already started working on it and I can honestly say that it is the most difficult series of posts I've ever done!

Your Blog is cute ♥
If you have time you can also check out my blog,
I just shared Buck the Bank Holiday I would love to hear your comment about the shoes.. Thanks Dear

Lovely blog. Maeylin is such an inspring icon. Loce seeing her photos.
Let me now if you want to follow each other :)

Such an Icon! Totally adore her!
xoxo
Vicky

great post!
come by and lets fllw each other if you love to do:)
miss-monaaa.blogspot.com

Amazing post! I think she was gorgeous,smart and underistimated back then and even now, true beauty!

Such an insightful and - perhaps more importantly - thought provoking post. Amazing. Thanks for sharing :)

my forever muse! i love her!

marilyn monroe is really the eternal icon for me! beautiful from inside and outside!
love that post!
kiss,mary
http://www.maryloucinnamon.com/

She was amazing and beautiful, I love Marilyn! Great post :)

SHE WAS AMAZING... never forget ..

Thank you for this post, once again you're outrageously interesting ^_^ Can't wait for the next one.

She was such a goddess!

great post!
i saw a movie with her for the first movie of my life last sunday, and now i understand the marilyn fever! she was so pretty and looked so glamourous and innocent at the same time. fascinating!
there's an exhibition about her in paris, i'm really thinking about going to see it now!
lovely blog by the way, and thank you for your comment :)
xx

I really love this post abour Marilyn... she is one of my style icon :)

Marilyn was really fascinating. She's such an inspirational woman! :)

i LOVE Marilyn!she is one of my favorite ppl. i am just so sad she left this earth at such a young age!

oh WOW! i'm a big fan of Marilyn Monroe. I hadn't seen some of these images of her. simply exquisite! this is a beautiful post! love it!
http://www.averysweetblog.com/

She was truly amazing.

What a beautiful woman! Great post!
Can't wait to see the dresses you pick!