Pink Roses on my Braces and Yellow ones in my Garden... 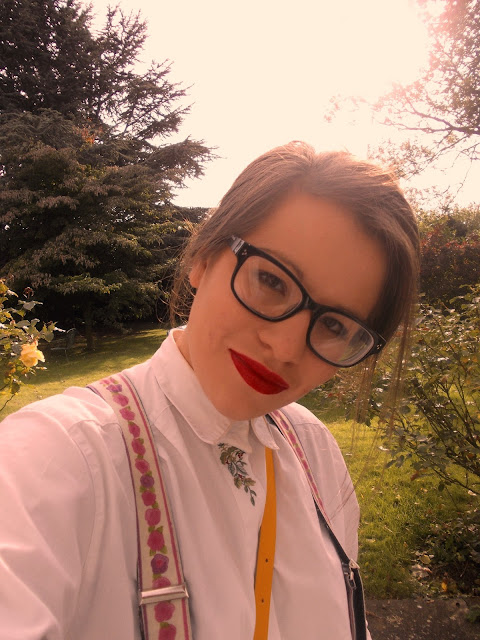 Greetings Earthlings! So, though it has been a while since I last did one of these, here I am with another outfit post! I am, of course, thrilled to have reached the 240 follower mark - not long until I have a quarter of a thousand! (Yes, well, bit by bit, little by little)

Latest News... from Karl Lagerfeld: He will bring his Chanel Metiers d'Art show to Edinburgh (Scotland) this year - in a Secret Location on December 4th. Characterised by its dark gothic architecture and dramatic surrounding rocky hills, the city will serve as the perfect backdrop for the designer's grand event.
What else in News? Oh yes, Augustin Teboul has won the Dorchester Collection Fashion Prize 2012 - she did on the 17th of October but I didn't have the time to inform you until now. Also, the Tim Walker Storyteller exhibition has opened at Somerset House until the 27th of January 2013 - I really, really want to go (From the 29th of November, there is also an exhibition of Valentino) Time to suggest it to my parents! In other Fashion-Related exhibitions, the Hollywood Costume exhibition at the Victoria and Albert is open until the 27th January 2013. A trip to London is completely in order methinks. 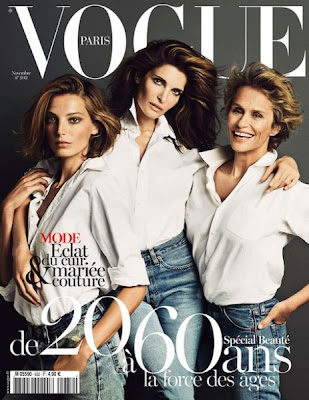 By the way, what do you all think of the November Vogue Paris cover? I honestly love it. Some people have suggested it isn't high fashion and that it is laidback and lazy, but I rather like it, even if it is a look we've seen a million times. It's a chic and easy classic. Why fix that which is not broken? 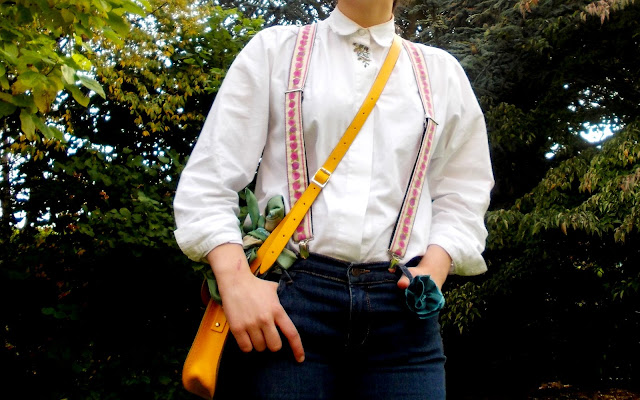 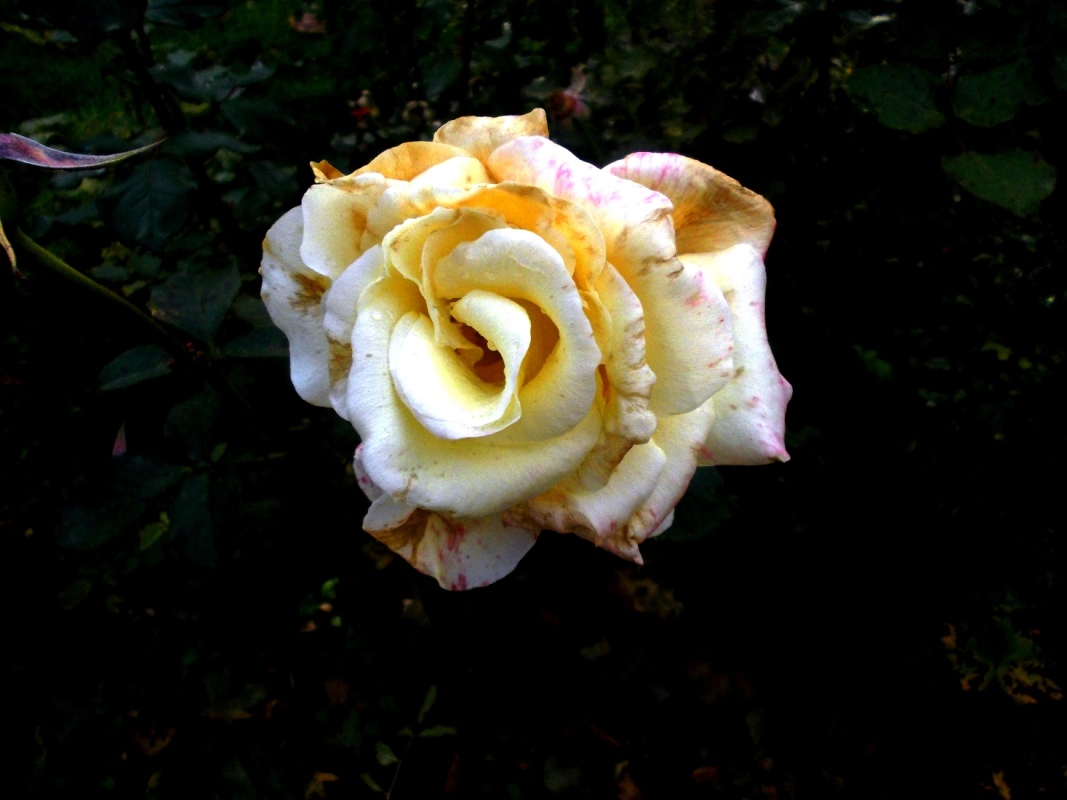 So this is my jeans and cute white blouse ensemble, paired off with my new braces. This was what I wore yesterday (Sundays I generally spend the day in a Kaftan or Loose Shirt Dress) Look at the lovely pic of me with a sandwich, taken of me when I was unaware of what was going on. You might also notice the marks on my arm - no, I am not being abused. I burnt myself a couple of weeks ago thinking that, if I was very, very quick, I could take a metal dish out of the oven at 180 without using oven gloves. Well, I put my hands in, realised the dish was hot. Though, 'Ow. This is hot.'. Brought my hands up suddenly, they hit the grill at the top of the oven... and now I have two lovely battle scars. Yes, I know, I was being an idiot. I should not be allowed anywhere near an oven.
Random Statement of the Day: I love Red Lipstick... there is nothing quite like it. Classic and Chic. 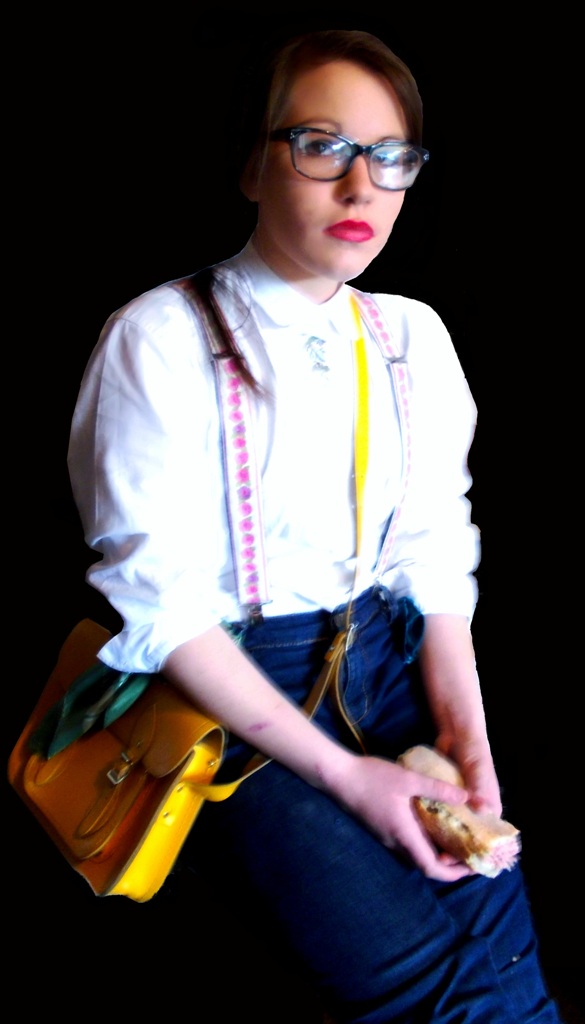 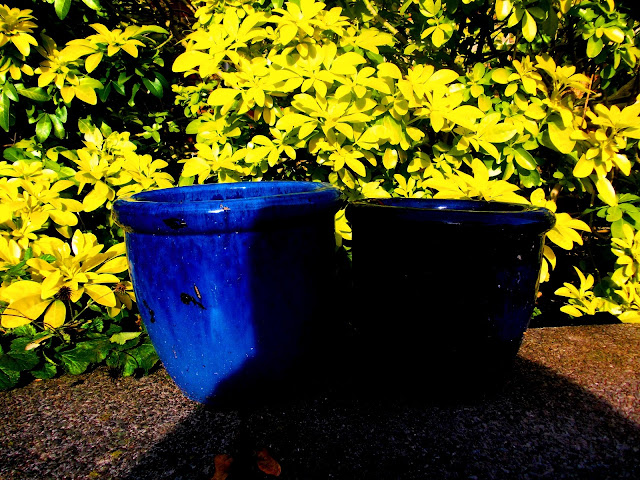 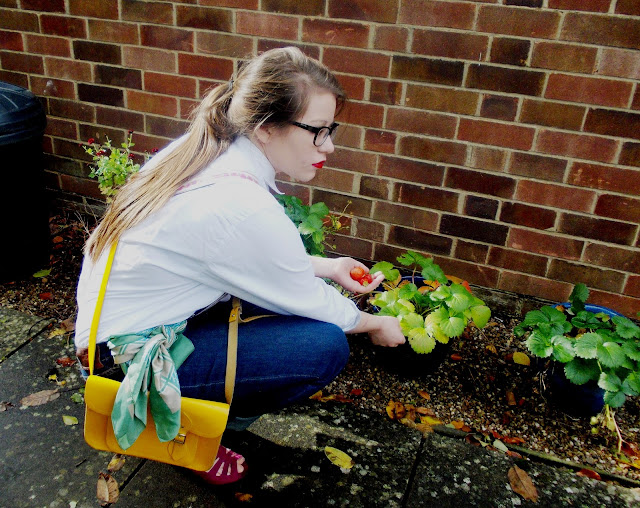 By the way, what do you people think about my hair? I was thinking of cutting it into a loose bob, something I can mess up. I could get a perm and I've thought about it - but my mother objects to me touching my hair in any way and I don't know if it would work with my hair. Also, I've heard some horror stories about the outcomes of perms...﻿ 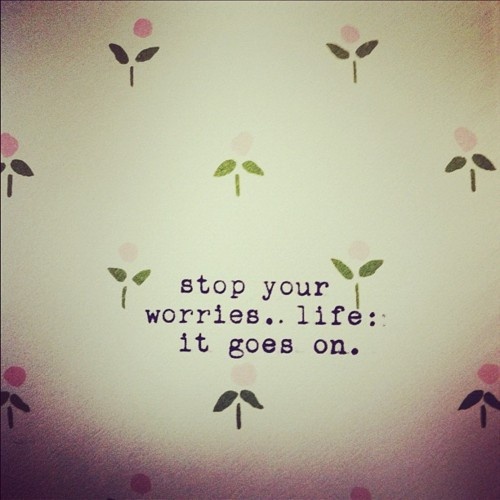 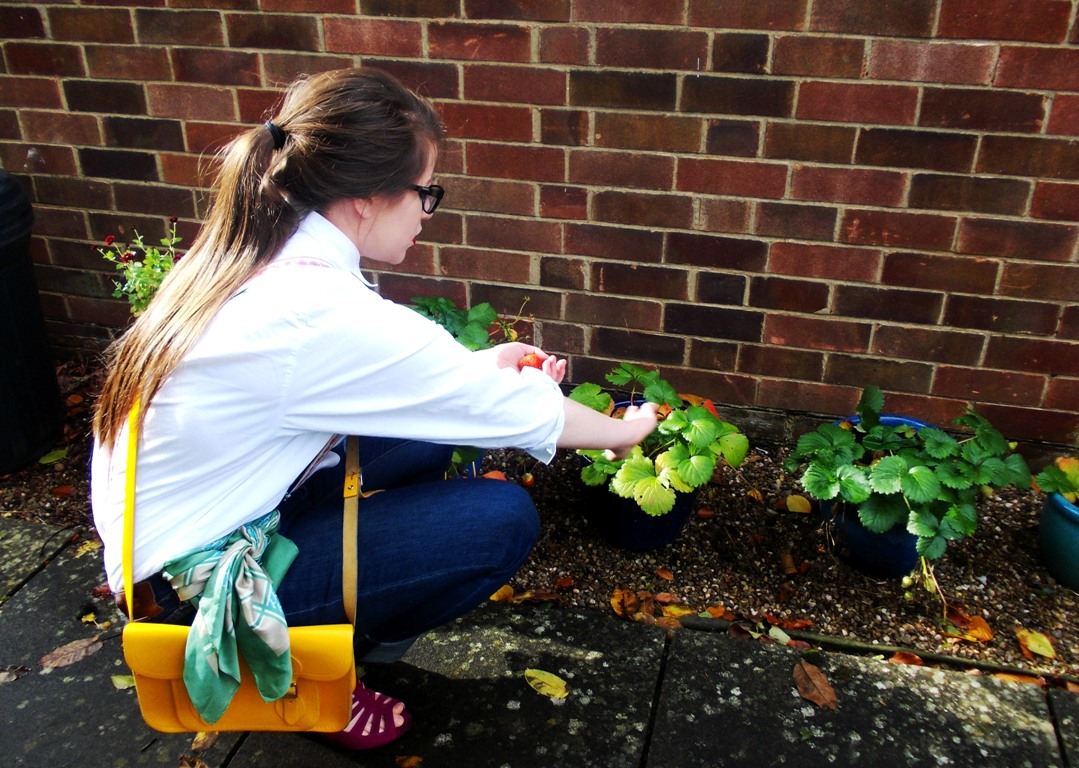 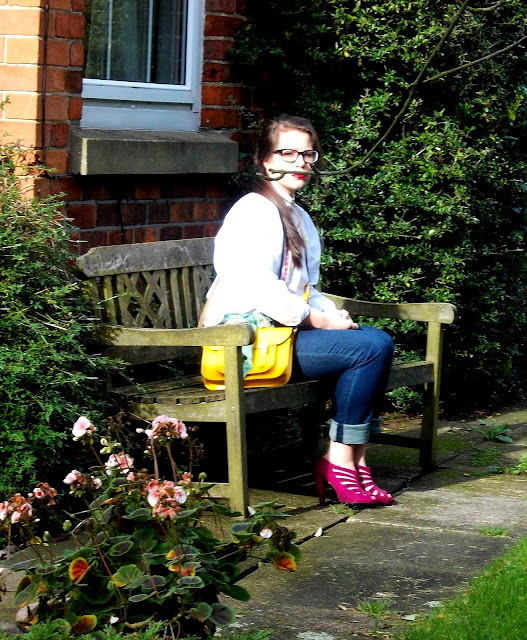 Thank you for reading! Please Comment and do Follow! Thank you and Good bye. :)
Posted by Zoé at 16:01

You are amazing! :) Love your look and the pics!!

p.s. thank you for your comment!! I follow you now with google friend connect!! Hope you'll do the same!! I wait for you in my blog! Kisses!!

hi dear...thanks for nice comment that you left on my blog...
what a wonderful look ^^ so original...I absolutely love your shoes and yellow bag ^^
what do you think to follow each other ? I'll wait for you on my blog ^^
kiss
vendy

I really love your blog, its so quirky and fun!

Love this outfit, the shoes are gorgeous!

love how you look

I think that let your hair be that way, you can do a lot with long hair..I love your outfit, esp the suspenders and the pop of yellow bag and pinkish shoes.

Love this outfit so much!!! In love with your heels!! IAnd love the lipstick too!! ;)Now I follow you with GFC! Follow me back if you like please!! We can follow each other, it would be a pleasure!!!
CHECK OUT
THESPARKLINGCINNAMON
TheSparklingCinnamon BLOGLOVIN
TheSparklingCinnamon FACEBOOK PAGE

I love the cover! I think when you get three models like that, the casting speaks for itself. Your outfit is great. :)

cute look! the lipstick looks very good on you <3

wow you are so unique, i adore the suspenders!

Ahhhh. Gorgeous... Perfect example of nerdy chic.. You look great...
I too love red lips... :)
Love the pop color with your shoes & bags.
Do drop by my blog to sometime.
Would love your visits & comments! :)
And if you like, do follow too! :)
FASHION PANACHE BLOG

Omg! I'm in love with ur blog : )
thanks for the commento on my blog

love this look and also your blog! It's so nice!!! I follow you!
Pass to my blog and if it likes you follow me too, I will be so glad :D
kisses
http://francescagiusti.blogspot.com/

Have a great weekend :)

p.s Help me find the perfect jacket by filling in my poll :)

Classic red lips, you look good at it :) Followed you! Thanks for dropping by my blog!

I love your blog! you are adorable. I am trying to find the gfc follow button... haha :)

beautiful girl and beautiful photos from today I will follow you if you will go with us
www.justgoshopping.net

Amazing photos!!! Incredible blog!! Congratulations!!
Thanks for your comment on my blog.

You look so cute in your nerd outfit! The glasses also look good on you, Zoe. :) Well, I wish I could see these new braces you were talking about, Zoe. You should have posted a picture with a smile. The braces would've definitely matched your outfit, you know.

Cool quotes and love your photo's!!

Lovely outfit ! I love your own style, keep going ! :)