Buongiorno to all! I am not going to excuse myself for not posting recently and can only assure you that I was not just sitting around twiddling my thumbs - there were genuine reasons why I lacked the time to post.

So... I am happy to say I have reached the hundred follower mark. Whoopee! Yes, that may not seem like a lot but it means a lot to me so thank you and keep following. I promise I will keep posting and this length of absence should not happen again.

I am currently on Holiday, in France, visiting my Grandmother and yesterday I had a marvellous time galloping around 'La Foret de Fontainebleau' with my cousins. Tomorrow, Paris!

Today, I am posting about Richard Avedon, a photographer who, and I really cannot say it better than this quote: 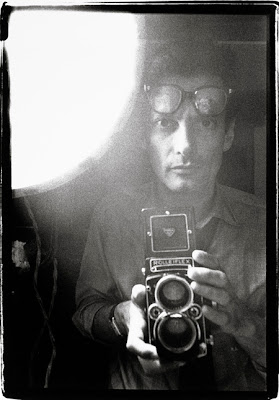 "His fashion and portrait photographs helped define America's image of style, beauty and culture for the last half-century."

"When Dick walks into the room, a lot of people are intimidated. But when he works, he's so acutely creative, so sensitive. And he doesn't like it if anyone else is around or speaking. There is a mutual vulnerability, and a moment of fusion when he clicks the shutter. You either get it or you don't". Brooke Shields 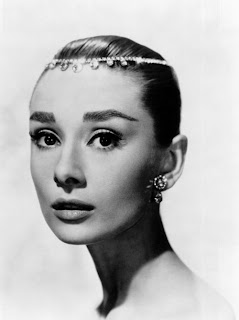 Hollywood presented a fictional account of his early career in the 1957 musical Funny Face, starring Fred Astaire as the fashion photographer "Dick Avery." Avedon supplied some of the still photographs used in the production, including its most famous single image: an intentionally overexposed close-up of Audrey Hepburn's face in which only her famous features - her eyes, her eyebrows, and her mouth - are visible. 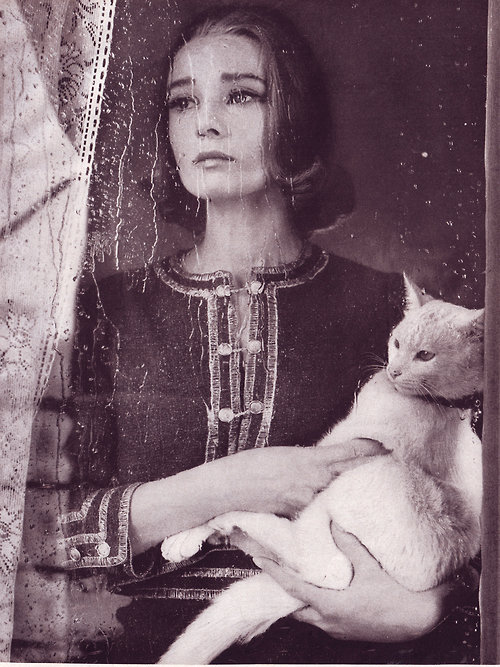 Hepburn was Avedon's muse in the 1950s and 1960s, and he went so far as to say "I am, and forever will be, devastated by the gift of Audrey Hepburn before my camera. I cannot lift her to greater heights. She is already there. I can only record. I cannot interpret her. There is no going further than who she is. She has achieved in herself her ultimate portrait." 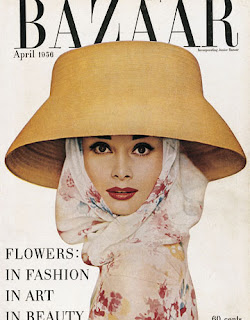 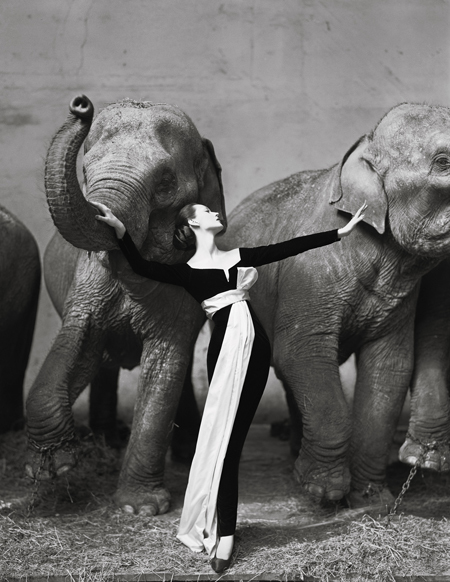 Although most conventional fashion images after the Second World War were shot in the studio, Avedon often created his images outside, posing his models in streets, cafés and casinos.... and the location for this shoot was inside the famous Cirque d'hiver in Paris.


The model in the Cirque d'hiver shoot was Dovima. Her real name was Dorothy Virginia Margaret Juba.
Tall and slender, Dovima epitomised 1950s style and was said to be one of the highest-paid models of the period.

The shoot took place on a hot summer's day. Avedon later recalled that when he entered the area where the elephants were kept, he saw that the animals were beautifully lit by natural light. 'I saw the elephants under an enormous skylight and in a second I knew… there was the potential here for a kind of dream image.'

In the most famous image from the shoot, Dovima is shown in an ankle-length black evening gown with a white sash. It was the first dress designed for Dior by Yves Saint-Laurent. Although the elephants each had one foot chained to the floor, they were still potentially dangerous and Dovima had to hold her nerve as they moved restlessly behind her. She is shown striking a graceful, narcissistic pose, her eyes almost closed, with one hand resting on an elephant's trunk. In the second picture, she was in a white dress with long black gloves.

The picture has become iconic for a number of reasons. First, its almost surreal juxtaposition of the model and elephants is visually arresting and unexpected, combining fantasy and reality. Second, it is beautifully lit and elegantly posed. Finally, the picture represents a contrast of opposites: youth and age, strength and frailty, grace and awkwardness, freedom and captivity. The picture's rich combination of qualities elevates it beyond the standard fashion image and into the realm of high art.
'Dovima with Elephants' is widely regarded as one of the most iconic fashion photograph of the 20th century. Avedon recognised its importance and displayed a large print of the image in the entrance to his studio for more than 20 years. He nevertheless remained unsatisfied with it. 'I look at that picture to this day and I don't know why I didn't have the sash blowing out to the left, to complete the line of the picture,' he said late in life. 'The picture will always be a failure to me because that sash isn't out there.' 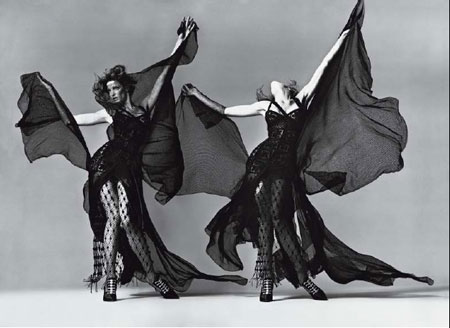 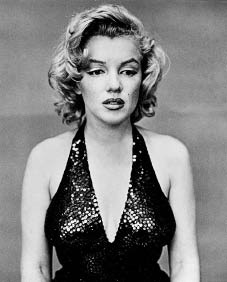 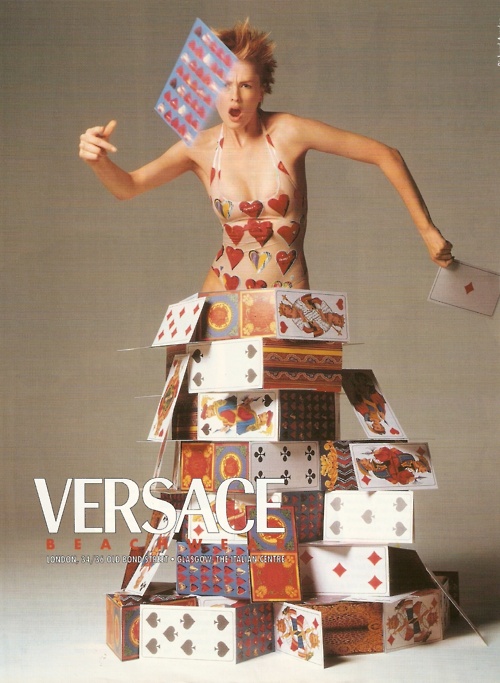 Thank you for reading! Please follow and DO comment! Seriously, I don't bite... well, not all the time.
Posted by Zoé at 13:49

Wow, what an amazing read! I love how Avedon photographed models as if they were actual people with emotions instead of having them stare blankly into the camera..

Wonderful ! Your blog is so interesting. I love stumbling across bloggers, who actually have something to say !! ^_^ I'm definitely following you dear.

Thanks for your comment! You've got such an interesting blog!
xoxo

It's a perfect and very interesting post.
I love Avedon, a fantastic photographer.
Love this photo with Audrey and the cat. Absolutely perfect.
Joyeuses fêtes de Pâques.

How fun would it be to pose with a couple of elephants?? awesome! I love Audrey Hepburn, her yellow hat is pretty skilled:) I am following.
Carla

IT's teh first time that I'd looked your blog and I like it :)

Avedon is one of my all time favourite photographers. I pore over the huge book of his photography I was given 2 years ago. Just about every shot is an inspiration and a master class in both technique and intuition.