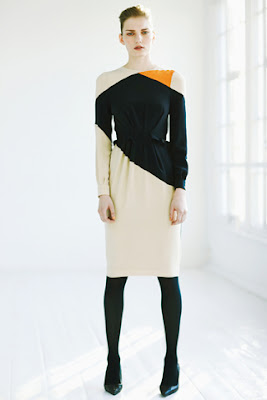 Greetings to all the readers of this, my blog. As I write tis now, I would say that I currently look like a half-drowned zombie with wet hair and mascara smudges under my eyes. I am about to make my first (and quite probably only) analysis of one of the 2012 Pre-Fall Collections. Having looked through them not so avidly, I have decided that the collection I have decided to do a brief summary of is the Preen one... though you might have guessed that by the title. Oh, and I am also going to include one random, completely unrelated Music Video from a singer I have only just discovered called Kimbra. Now, I am not claiming that my knowledge of the world of modern pop music is in any way exemplary (or that this song is a work of musical genius) but I had never heard of this singer before and thought her music rather good, especially in comparison to other rubbish in the charts currently. Therefore, I have decided to share!
I am quickly going to warn you that this might not be worth reading (but please, do read it anyway!) and I briefly considered changing the font size to 'large' so the page would fill up, before I realised that it just look grossly unaesthetically pleasing.  *Small sigh* 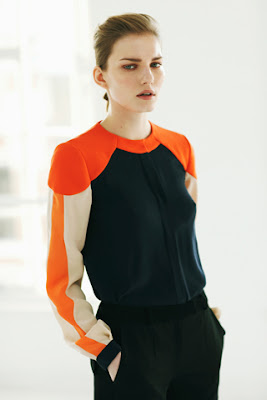 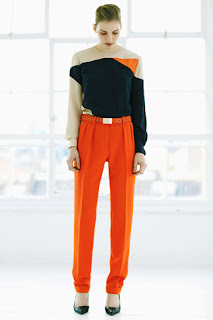 So, what can I state about the Preen 2012 Pre-Fall Collection? Well, out of the twenty-nine different outfits, I have chosen thirteen of them - my favourites, but naturally taken from the collection on  fair ratio to fully exhibit the different styles.
The model is the dutch Marique Schimmel, listed on models.com as being #49 of the top 50 working models (naturally, nobody outside the world of modelling has a clue who she is, which has become perfectly naturally. Indeed, the only model non-fashion obsessives might have heard of is #1 Lara Stone) 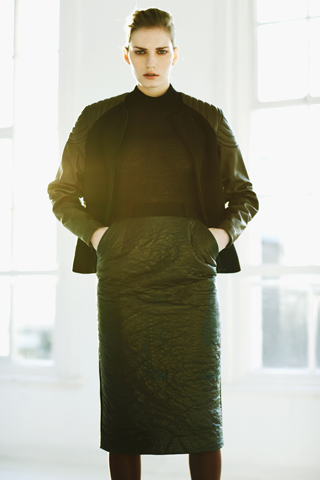 So what could be expected from this collection? I naturally liked it to some extent, otherwise I would not have posted this, and it is constantly growing on me. There are almost two different aspects to the collection. Firstly, the geometric shapes and colour blocking, orange and black, in the first half of the collection... flowing rapidly into the other aspect. Thea Bragazzi, the designer, states that she visited her family in the Isle of Mann and was inspired by her grandmother's china. Indeed, to quote, "She has all these blue-and-white teacups, stacked up, which look incredible!"

The Impressive result of this is the beautiful china-patterned prints on silk dresses and blouses, with an almost blown-up Wedgewood pattern, not to mention 'denim' printed silk.
Bearing in mind this is simply an inter-season collection, I found it thoroughly good... I only wish I could find buried treasure in the garden somewhere and so be able to afford one of the two gorgeous orange and blue dresses right at the end. Or maybe the dress straight on the left, the gorgeous number I would call the semi-anomaly of the collection (while at the same time meshing perfectly with it)

Well, here is the video I wished to show, and although it is not one of the better videos I have found from Kimbra, I felt the colours fitted in better with its surrounding pictures, even if it is simply because it has a white background and colourful clothing (Talking of which, and I know certain people would heartily disagree with me, I adore the dress Kimbra is wearing in the video. She pulls it off so well!)
Brief Information about Kimbra: She is twenty-one year old singer/songwriter from Hamilton in New Zealand but currently based in Melbourne, Australia. Her debut album, Vows, was released on 29 August 2011 in New Zealand, and 2 September 2011 in Australia on Warner Bros Records Inc.
Her genres are described as soul, alternative and jazz. I hope you enjoy. 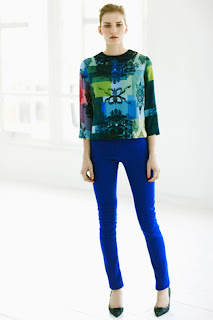 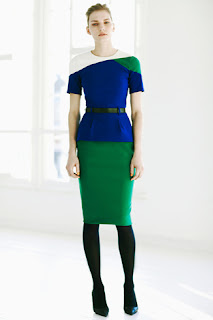 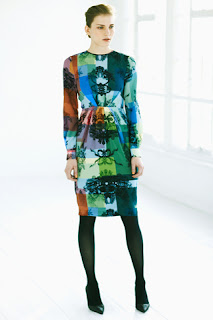 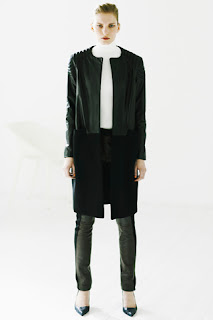 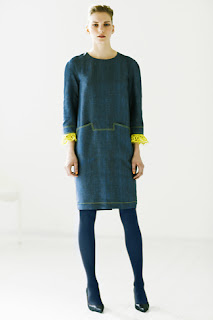 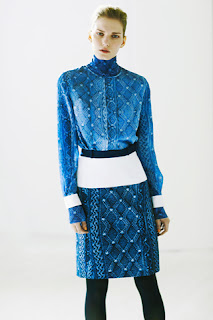 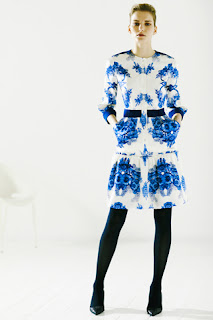 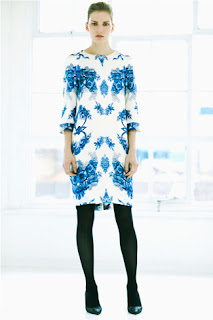 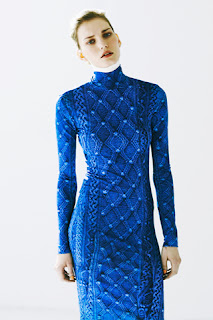 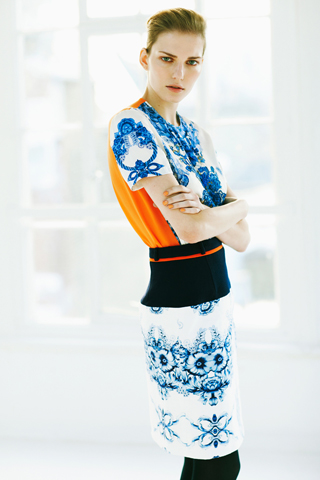 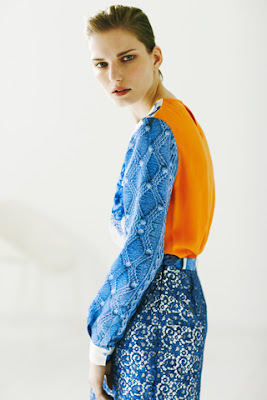 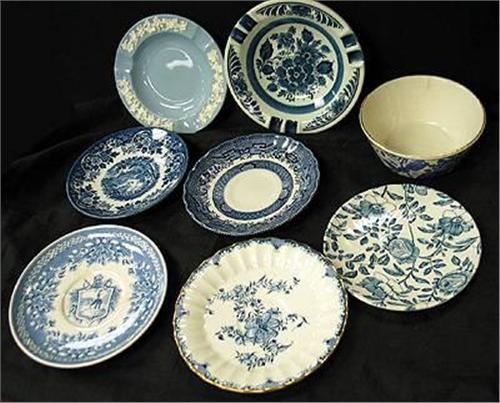 It's a very nice collection, very stylish. I really love it.
The model is perfect too.

Hey! I'm from Australia (living in Britain) and when I told my friends they really liked Kimbra, but this is sort of one of her lighter videos. Almost all the others are more alternative and even creepy.
Anyway, I also love this Preen collection. It's awesome! The colours are great!
Love your blog!!!

I am actually really loving the china-inspired prints on some of these dresses! They're quirky and totally unique. Thanks for sharing and of course, I enjoyed reading as well!

P.S. Thank you so much for the sweet comment on my blog! I'm really glad you like it. I would love it if we both follow each other. What do you think? :)

OMG!!! I know nothing abt fashion but I know one thing for sure I will never, ever in my life dress up like her..... The model looks ewwwww. No offends though :)

I disagree with you completely! The model may be on the thin side, but she is not disgusting.... and the clothes are absolutely gorgeous!!!!! You obviously have no taste.

@The Writer of this blog]

Fantastic Blog! I am so happy to have come across something so good!!!!

Hey, china! I once had a teeshirt with an ugly mug on it. Mine.

This is nice.I really love everything about this post.

Collection looks great, I love it!
I love your blog and I'm your new follower :)

aww... thank you, beauty :)
yeah, it takes a lot of time sometimes to do those posts... especially with the photos and the writing. but it makes fun, because english and german are my first languages! :) and i think the translators do not a great job. :/
in btw. i love the collection especially the colour blocking elements are adorable!

It really looks as if the collection has been inspired by those dishes! Still too futuristic and blue for me.